A Shift in the Water 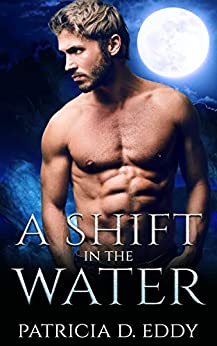 Two tortured souls. One chance at survival.A mysterious illness. No hope of a cure. As death snares her in its icy grip, Mara’s drawn to the water. One last swim. One last chance to feel…free.Until fate intervenes, leading an injured, dying wolf to her car.She doesn’t know he’s a man. A werewolf. Or that a fire elemental locked him in a cage and slowly, painfully, tortured him until he hovered on the brink of death.
Caring for the wolf gives her purpose. Even if has to be short-lived.Until one night when everything changes.Secrets will be revealed. Destinies changed forever. And Mara? She’s the pawn in a deadly game.One that just might change the course of the world.A Shift in the Water is the first book in the Elemental Shifter series. All four books should be read in order, and you’ll be able to binge the entire series on March 23rd!