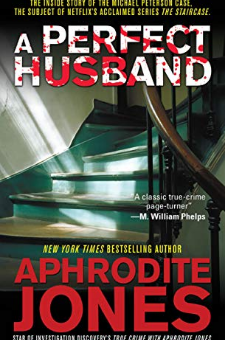 From a New York Times–bestselling author: A searing account of cold-blooded murder as told by “one of the chief practitioners of the true crime genre” (The Baltimore Sun).   Michael Peterson was a decorated war veteran and bestselling novelist. His wife, Kathleen, was a high-powered executive and devoted mother. To everyone who knew them, they seemed to be the perfect couple living a life most people would kill for.   Then came the tragic night Michael found Kathleen at the bottom of the stairs in a pool of blood. He claimed her death was an accident. The prosecution thought different and put him on trial—and behind bars.   Then, in a stunning reversal, a judge gave Michael another chance to stand trial as his children steadfastly proclaimed his innocence. But what happened next would stun observers as new evidence and bizarre theories were introduced in a legal battle that would drag on until it became one of the longest trials in state history.   Aphrodite Jones draws on exclusive interviews and revelatory facts to deliver “a richly detailed and deeply researched tale of a greedy, sociopathic killer” (Caitlin Rother, New York Times–bestselling author).