A Kind of Freedom 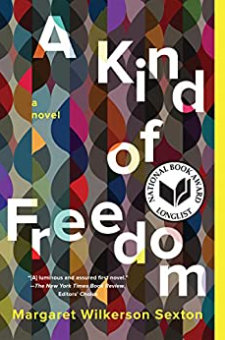 Long-listed for the National Book Award Winner of the Crook's Corner PrizeWinner of the First Novelist Award from the Black Caucus of the American Library Association A New York Times Notable Book “Brilliantly juxtaposing World War II, the ’80s and post-Katrina present, Sexton follows three generations of a black New Orleans family as they struggle to bloom amid the poison of racism.” —People Evelyn is a Creole woman who comes of age in New Orleans at the height of World War II. In 1982, Evelyn’s daughter, Jackie, is a frazzled single mother grappling with her absent husband’s drug addiction. Jackie’s son, T.C., loves the creative process of growing marijuana more than the weed itself. He was a square before Hurricane Katrina, but the New Orleans he knew didn’t survive the storm. For Evelyn, Jim Crow is an ongoing reality, and in its wake new threats spring up to haunt her descendants. Margaret Wilkerson Sexton’s critically acclaimed debut is an urgent novel that explores the legacy of racial disparity in the South through a poignant and redemptive family history.