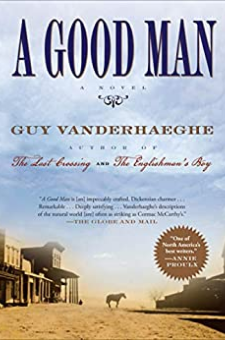 A Globe and Mail Best Book of the Year: “Part Western, part historical epic, part romantic melodrama and part crime novel” (Montreal Gazette).   Son of a Canadian lumber baron, Wesley Case is a former soldier who sets out into the untamed borderlands between Canada and the United States to escape a dark secret from his past. He settles in Montana, where he hopes to buy a cattle ranch, and where he begins work as a liaison between the American and Canadian militaries in an effort to contain the Native Americans’ unresolved anger in the wake of the Civil War.   Amidst the brutal violence that erupts between the Sioux warriors and US forces, Case’s plan for a quiet ranch life is further compromised by an unexpected dilemma: he falls in love with the beautiful, outspoken, and recently widowed Ada Tarr. It’s a budding romance that soon inflames the jealousy of Ada’s quiet and deeply disturbed admirer—a tension that will explode just as the American government unleashes its final assault on the Indians.   Following The Englishman’s Boy and The Last Crossing, this is part of the acclaimed trilogy by an author who “is often compared to Larry McMurtry, and rightfully so” (Booklist).   “A love story, a thriller, a Conradian meditation on courage and manhood, and a thoughtful examination of the origins of Canada’s tangled relationship with its big southern neighbor . . . An epic that matches its grand ambitions.” —Winnipeg Free Press   “One of North America’s best writers.” —Annie Proulx, New York Times–bestselling author of Barkskins