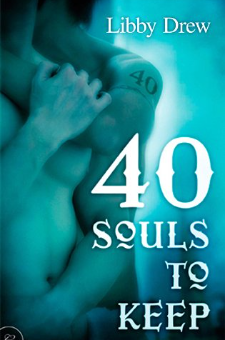 Seven years ago, Jase awoke with the mystical power to heal people—and no memory of his past. The only clue to his identity is the number forty tattooed on his arm. Driven by a mission he doesn't understand, Jase follows his visions to those he's meant to save. He is convinced that the fortieth person he's drawn to—a little girl named Macy Pearl—is the key to finally learning the truth…Social worker Lucas Jacobson has made a promise to protect Macy, orphaned when her parents were brutally murdered. So when Jase shows up in Naples claiming he's there to heal the child, Lucas is wary, despite his attraction to the enigmatic stranger.Then Macy is abducted, and Lucas has no choice but to trust in Jase. Scouring the city from its glitzy resorts to its seedy underbelly only deepens the mystery—and draws the two men closer. But Jase is certain of one thing: if Macy dies, a dark fate awaits them all.92,000 words